Unless you’ve been living under a rock, you’ve heard the term “de-carbonization” or “carbon neutral”. It’s become big business. It’s become a highly important strategy and many companies are putting this front and center on advertising (see recent commercial by FedEx). A quick search on the Internet reveals these large companies (not all inclusive) that have committed to becoming carbon neutral:

So why is this important for a fleet? First of all, let’s talk about natural gas vehicles. Compressed Natural Gas (CNG) vehicles have been around for many years. They are used successfully by many small and large fleets across the country. But, are you aware of Renewable Natural Gas (RNG)?
According to California Air Resources Board (CARB), “Affordable and proven natural gas technology fueled with biomethane (RNG) collected at local landfills, wastewater treatment plants, commercial food waste facilities, and agricultural digesters can yield a carbon-negative lifecycle emission result.” Did you see it? It’s natural gas – but more specifically, it’s Renewable Natural Gas (RNG)…and it’s carbon NEGATIVE.
If a company has a fleet of vehicles, they must consider how they become carbon neutral (or negative). It surely has to be part of the overall sustainability plan. Sure, there are opportunities with other fuels, including electric vehicles to reduce emissions, but none…NONE, deliver a carbon negative result. Only RNG.
Now you might be asking yourself: “Where do I get an RNG vehicle? I’ve never heard of one?” The best part? If you have a “CNG” vehicle, it is fully compatible with using “RNG”. RNG is being dispensed at CNG stations around the country. In fact, in 2020, 53% of all on-road fuel used in natural gas vehicles was RNG.
Another question. Are any fleets benefiting from this right now? UPS is heavily invested with thousands of vehicles operating on RNG across the country. In fact, UPS states: “RNG yields up to a 90% reduction in lifecycle greenhouse gas emissions when compared to conventional diesel.” Further, in January of this year, UPS announced the purchase of 250 million gallon equivalents of RNG over the next seven years, making them the largest consumer of RNG in the transportation industry. I’d say they get it.
The overall point of this article is awareness. Many large fleets, such as UPS, understand that RNG is a game-changer with corporate goals toward being carbon neutral or negative. If you are responsible for a fleet or are a stakeholder in the process, it would be worthwhile to dig a bit deeper. With vehicles often being a significant contributor to emissions, you may be able to make a positive impact to your organization’s carbon neutral/negative goal. 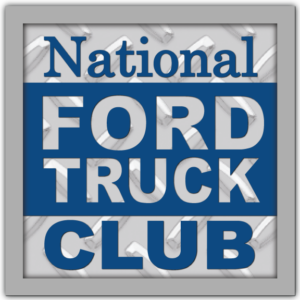